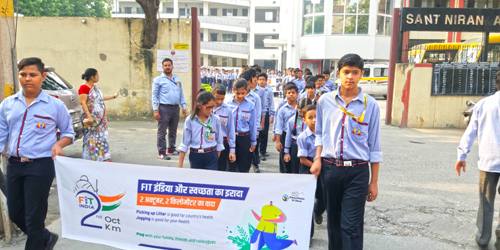 To mark the 150th birth anniversary of Mahatma Gandhi a “Plogging Run” under the banner of Fit India Movement was organized by Sant Nirankari Public School, Avtar Enclave. The main objective of this campaign was to make students and people aware of the bad effects of polythene bags on our environment, human beings and animals. Students of various classes took out a rally carrying placards and dustbins in their hands. They participated in the event with an aim to pick up plastic and other garbage while jogging, as it will not only lead to cleanliness but also there will be fitness.

Through their drive the students spread awareness and urged the people to give up Single Use Plastic. 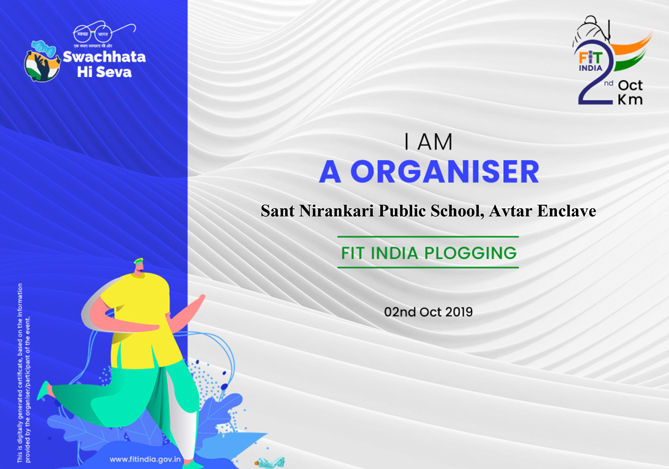